Additional costs (excluding investment), which should be foreseen after the connection of self-handling

Usually, all users of solar power plants are also protected by these. The insurance cost is approx. 50EUR / per year.

Of course, after the connection, maintenance costs also occur, which are not so great, as the solar power plant does not need anything special. Every two years, a preventive overview of the attachment of solar panels to the roof and the operation of inverters is usually done.

What if we produce too little electricity?

In the event that too little electricity is produced, this means that the electricity that is supplied will be larger than the drained (the household does not cover all its needs), the owner of the solar power plant will purchase electricity. At the end of the year, the owner will pay the difference between the year of the delivered and disposed electricity at the market price at a single tariff (average price of the high and low tariff).

What if we produce too much electricity?

In the event that more energy is received, it is received (the amount of electricity produced is greater than the consumption of the household), but this surplus is given to the electricity supplier (trader).

What is the actual consumption of electricity at the end of the year?

Actual consumption is charged at the end of the calendar year in such a way as to take into account the difference between the delivered and the discharged electricity.

~ The installation and connection for self-supply is primarily aimed at covering the needs of households on electricity at their own level, and not the production of surplus energy, which means that the generated electricity is sold.

Cleaning of solar modules is not necessary, as rain provides for this. Even if they are a little dusty, this does not affect the effect of solar panels. In case of larger bird droppings, larger quantities of dust or other dirt (in the vicinity of quarries, macadam roads, etc.), they are occasionally cleaned with plain cloth and water. Pay special attention to dirt on the EDGE of solar panel. 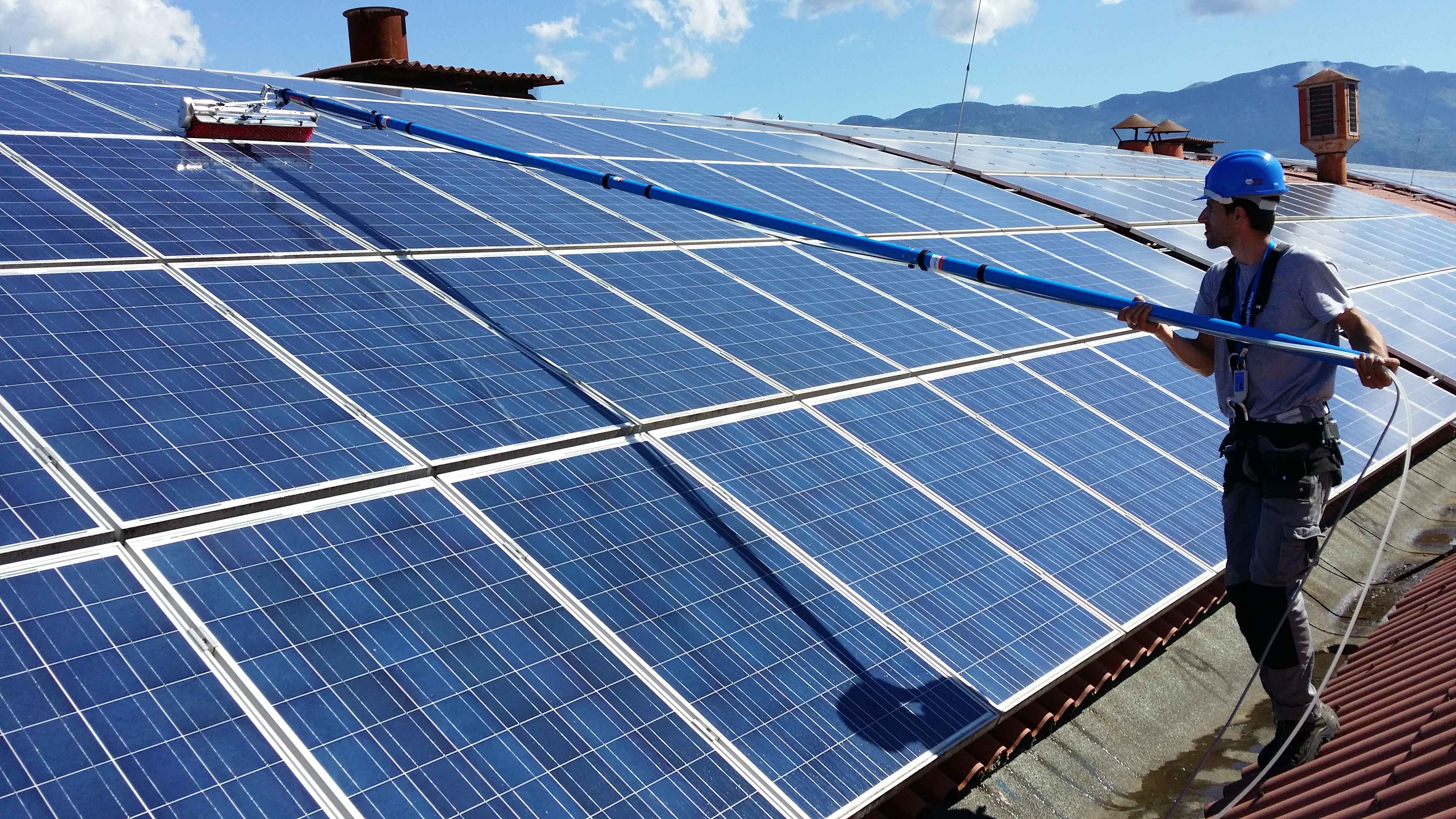 In the case of snow in the winter, it is not necessary to clean the solar modules, because due to the slope, the snow will quickly slip out of the modules.